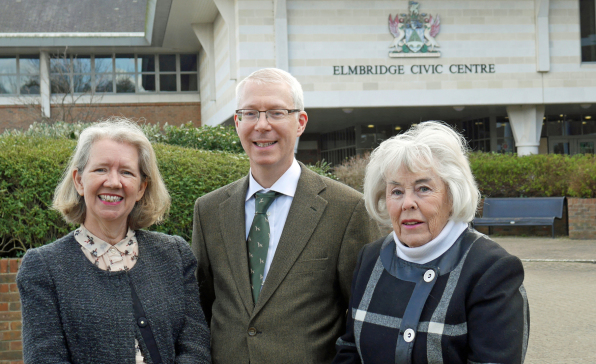 We are pleased to report that the Residents Association candidate, James Crawshaw, has been elected as a councillor for Hinchley Wood and Weston Green ward, with 1669 votes.  The Liberal Democrat candidate came second with 588 votes, and the Conservative third with 347 votes.
We thank residents for their continuing support of Residents Association candidates in the borough council elections.
James will succeed Nigel Haig-Brown (who is standing down) as one of our three Residents councillors for the ward, alongside Janet Turner and Gill Coates.

Across the borough, the Conservatives lost 4 seats and the Liberal Democrats gained 4.

The resulting composition of the council will therefore be:

It is expected that the Residents-led administration which took office after the 2019 election will continue.

James moved to Hinchley Wood in 2006 and became a road representative for Hinchley Wood Residents Association. This gave him the opportunity to
get to know his neighbours better and become more informed of local affairs. He has never harboured ambitions to enter politics, but having known Nigel Haig-Brown for many years, he offered to stand in his place when Nigel decided to stand down, after two four-year terms as borough councillor.

Elmbridge Borough Council looks after planning permission, refuse collection, the local environment, recreational facilities and services for the elderly and vulnerable, so it has an outsized impact on your wellbeing. We believe that these local matters are best decided by local people, not apparatchiks controlled by national party headquarters. Residents’ Association councillors are free of party politics and act in your interests. In our ward, they have done so honestly and reliably for nearly 90 years.

The 2016 Elmbridge Borough Council elections were held following a boundary review which saw Hinchley and Weston Green combined into a new ward with three councillors.  Thanks to the support of voters in the new ward, the three residents' candidates, Tannia Shipley, Nigel Haig-Brown and Janet Turner were elected with large majorities.

From 2018 onwards, Council elections returned to the normal pattern of 'election by thirds'. Nigel Haig-Brown was re-elected in that year, and Janet Turner in 2019.  The 2020 election was cancelled because of the covid pandemic, but in 2021 Gill Coates was elected in place of Tannia Shipley.

In the 2019 election, the Conservatives lost their majority, since when a Residents-led administration (with Liberal Democrat support) has had control of the council. 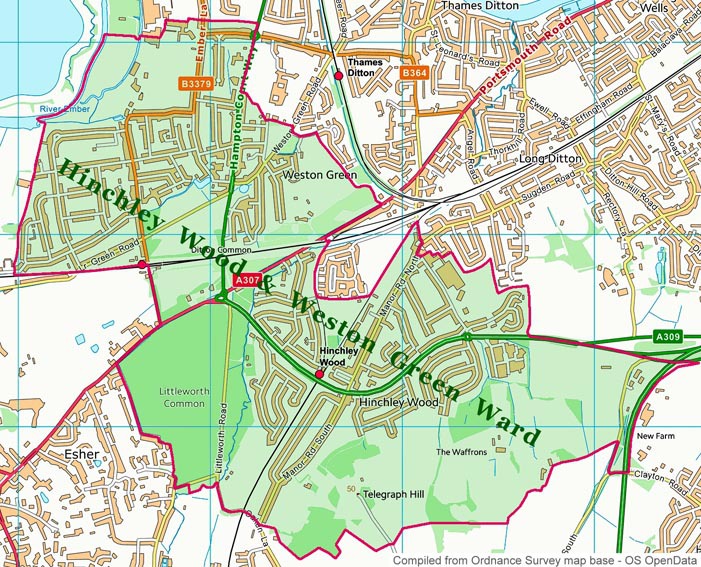 You can download our 2022 election manifesto here, and please bookmark this site and return for more updates and information as our campaign progresses.

You can also keep up with local developments through the websites of our constituent Associations:

We work with the Elmbridge Residents Group. Find out more at: www.elmbridgeresidentsgroup.com

If you have any queries please contact us at:

for information about registering as a voter and applying for a postal or proxy vote.