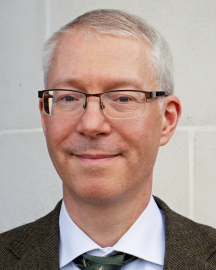 Nigel has lived most of his life in Surrey. He first moved to Hinchley Wood in 1996 and was Chairman of Hinchley Wood Residents’ Association between 2006 and his election as a Borough Councillor in 2014.  He is married with a daughter and 2 stepdaughters, both of whom have children and live nearby. His wife Sue, is an HWRA road representative.

He is an alumnus of Ottershaw School, the Graduate Business Centre (The City University, London) and a Fellow of the Institute of Chartered Accountants in England and Wales. He spent his working life based in London, initially in audit and consultancy, before completing a 20 year spell in the shipping industry (dry bulk sector).

Now retired, Nigel devotes time to his duties as a Trustee and member of the Finance and General Purposes Committee - Princess Alice Hospice and to his commitments as a Court Assistant and Chairman of the Finance Committee of the Worshipful Company of Spectacle Makers.  His leisure interests include long distance walking, skiing, sunny holidays and tending his allotment.

He is  passionate about:
- preserving the local commons and maintaining the openness of the surrounding countryside, as well as protecting the Green Belt, and
-  maintaining the health of a thriving local community.

Following the 2018 local elections, Nigel was appointed Chair of the Council's Overview and Scrutiny Committee.  In addition he is vice-chair of the East Area Planning committee, a member of the Audit and Standards committee and of a variety of permanent and ad hoc working groups.